Oasis are well known for their controversial and refreshingly honest campaigns in their bid to target the ad-resilient millennial generation. Their cheeky ads mock traditional advertising approaches and make Oasis appear honest, fun and human and therefore more appealing to younger generations.

However, the fun Oasis ads might soon be over: In its latest campaign, the brand announced that it will stop advertising –  as long as people keep buying Oasis.

The #NoMoreOasisAds Campaign was launched across social media last month and has since been rolled out on billboards and posters across the country earlier this month.

A silly idea or a clever move?

How and why people buy things has changed amongst ‘Internet generations’ and people communicate with each other far more than any advertising campaign can. 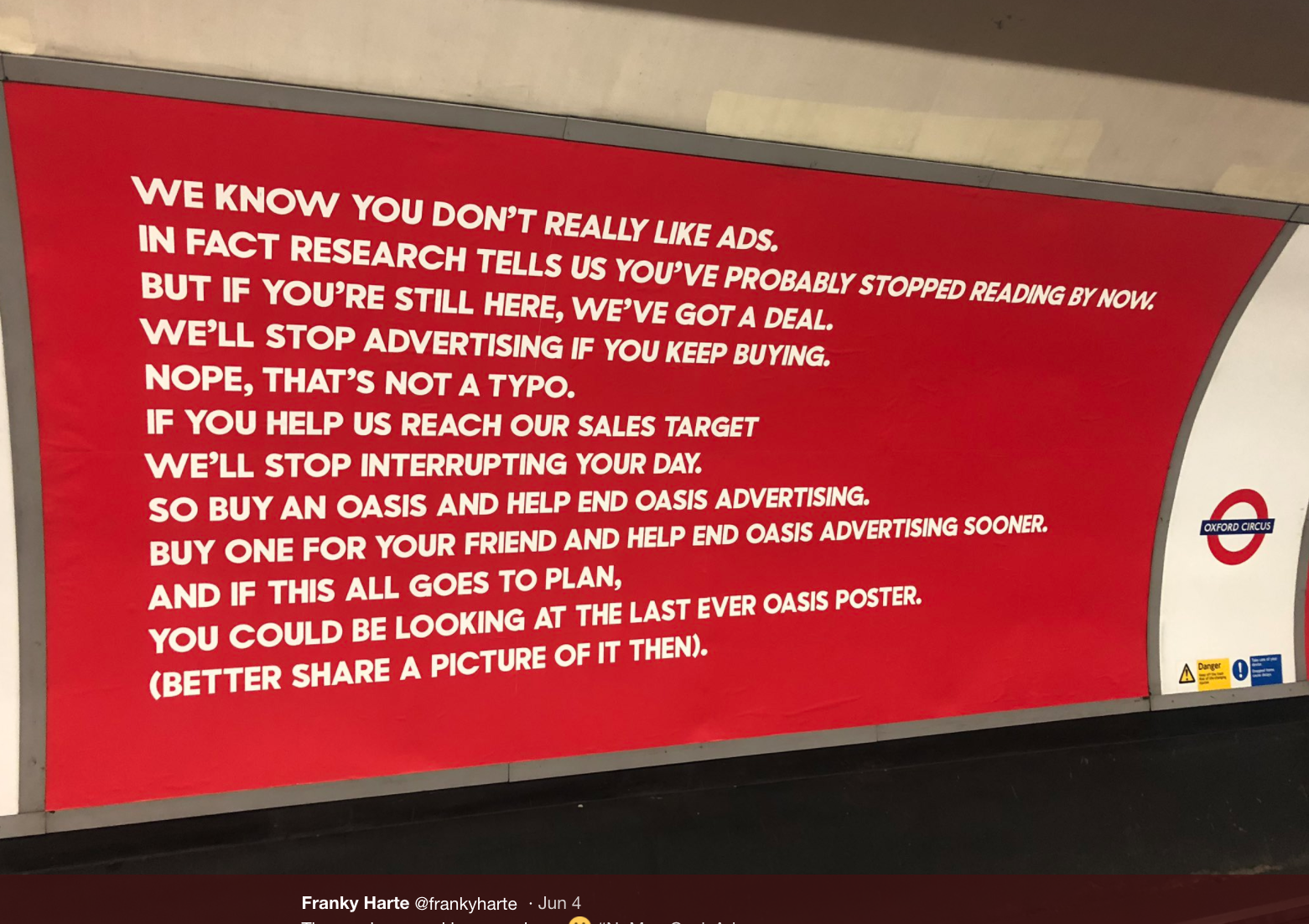 This means that both Millennials and Generation Z rely more heavily on the opinion of friends and influencers on social media rather than advertising when it comes to making purchasing decisions.

Millennials don’t want to be talked at, but instead control the messaging they are exposed to. And traditional marketing and advertising approaches will no longer cut it.

So perhaps, advertising to stop advertising is actually not such a strange move, but instead a strategic approach to give the control back to the audience rather than simply exposing them to messages.

Will #NoMoreOasisAds work out for the Juice brand? We will see. But one thing is clear: the campaign has certainly sparked conversations amongst the Millennial audience. And that’s more than most brands can say!

Previous Post: How To Run A Highly Successful Seasonal Campaign