WordPress is the most popular CMS on the internet. First released in 2003 by creators Matt Mullenweg and Mike Little based on a combination of PHP and MySQL, it now powers more than 25% of the world’s top ten million websites. The platform comfortably holds the lions share of the CMS market – and it’s still accelerating away.

It’s not hard to see why. WordPress is user-friendly, highly customisable and requires a shallow learning curve for our clients compared to the likes of competitors Joomla and Drupal.

Interestingly, whilst Joomla and Drupal have more of a committee-based approach to decision-making as far as the direction of further development is concerned, the WordPress community is more hierarchical, which often means faster decisions.

Our clients often tell us how simple they find it to update and navigate and are impressed with it’s functionality freedom. Using WordPress means the sites we build are not only drop dead gorgeous, they are also easily updated by our clients themselves.

We love it, and that’s why we’re WordPress specialists.

But there’s one more thing to mention. One very important thing in fact. WordPress is an open-source CMS platform. For those who haven’t spent the last three years doing a course in web development, that means WordPress is a system created and maintained by the collaborative effort of a global community of developers. The source code is available to anyone and any member of the digital community can modify the code and create new features.

What this means in practice is that people without the desirable resources from all around the world have access to free code, giving them the ability to start their own blogs and websites and express themselves online – a huge step forward for internet freedom and digital ethics.

But not only are we fans of the accessibility of WordPress to the global community and what it means for internet freedom, we are also passionate about caring for the environment and as a shared internet space, WordPress helps to minimise the number of power-hungry server farms, meaning less generators using up the earth’s fossil fuels for the sake of data every day.

With all this in mind, it probably won’t surprise you to hear that at the end of last year, CuCo were incredibly excited to be invited to attend Poole-based LUSH’s Creative Showcase to hear from Chief Digital Officer, Jack Constantine on HIS thoughts regarding digital freedom, digital rights and open-source ethics.

Specifically Jack spoke about LUSH’s recent work in raising awareness of a serious digital issue. You may or may not know that even in 2016, Governments around the world have been exercising the power to instruct internet service providers to block or restrict the use of internet services in their countries, either long term or short term for the duration of important events, such as political elections. Countries such as China and India often intentionally block their citizens and residents from accessing the vast information the internet provides in order to silence the public or to ‘exert control over the flow of information’.

As a fiercely ethical brand who often use their immense popularity to campaign on global human and moral issues, LUSH in collaboration with AccessNow launched their global #KeepItOn campaign on Black Friday 2016 (25th November) to raise awareness against internet shutdowns, support those who want to keep the internet open, safe and free, and champion internet freedom and sustainable usage across the world.

Along with asking their customers to use the hashtag #KeepItOn, LUSH produced a limited edition Error 404 Bath Bomb made from beautiful glittery gold sparkles! All profits made from this exclusive bath bomb will go to the Digital Fund, supporting AccessNow and grassroots digital activism. 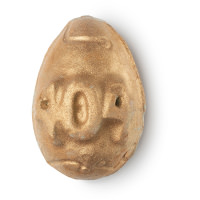 To show their 100% commitment to the campaign, LUSH took the brave and admirable decision to dedicate a day to digital rights and digital activism by shutting down their website on the morning of Black Friday, THE biggest shopping day of the year. Instead of customers being able to browse and purchase an array of sparkly smellies, they were instead greeted with a #KeepItOn holding page message explaining what internet shutdowns mean for people around the world. 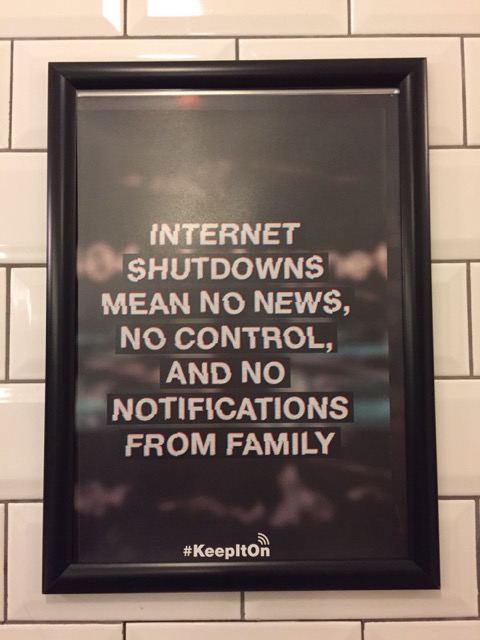 As well as advocating for digital freedom for all, Constantine also talked about LUSH’s overall sustainable policies – to create a friendlier and cleaner environment by eliminating the use of so many servers and eventually create a free open source platform for all to use and reduce the amount of digital propriety. Watch this space!

So, join us, LUSH and hundreds of other creative digital businesses and let’s all work together to #KeepItOn and help gain digital freedom for all, as well as help save our beautiful environment! You can do you part by signing the #KeepItOn petition at www.accessnow.org/keepiton, and by utilising open-source platforms for your website like WordPress, Drupal or Joomla.

Join the global community and let’s do more together!