Christmas television adverts have truly excelled over the years. It has been made into a competition based on the best story, the most extravagant production and the biggest celebrity endorsement all combined together to create a Christmas masterpiece!

Here is part one of three of our breakdown of our favourite festive adverts this year!

John Lewis Christmas adverts are one of the most anticipated of the year, and this year was no different, there was immense pressure for them to produce a masterpiece. This year on the 12th November they introduced us to Monty the Penguin and by tugging at our heart strings Monty and Mabel helped John Lewis win the nation over for another year. The magical advert that allowed John Lewis to give Monty what he had always wanted, Love, for Christmas was created and produced by Adam&Eve and DDB and with the budget of £7m we hope it paid off. They used the idyllic voice of Tom Odell to really capture the attention of the 1.8m viewers within the first 24 hours.

Tiffany & Co have produced a magical, turquoise Christmas animation to capture the hearts of every woman. The ad takes us on a scenic walk through New York City’s most recognised attractions, sparkling with Tiffany & Co diamonds.

Ogilvy and Mother, NY created this storytelling masterpiece to express how Tiffany & Co can create the perfect Christmas to many, by using Chauncy Jacks idealistic rendition of Out of the Blue it captures the hearts of the New Yorker and the wannabe New Yorkers as the stories shows true love at Christmas!

We didn’t expect to see this type of ad from the world renowned jewellers but we love it! It is safe to say it really set the girls hearts racing in our studio! 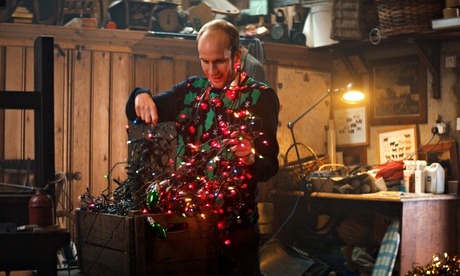 It is safe to say that 2014 has not been Tesco’s year, so here was their attempt to revitalise the Tesco name. Created by Wieden and Kennedy, London the ad follows a series of people beginning their Christmas experience, from finding their old beloved decorations, the dreaded untangling of the lights to the magnificent ‘Lights On’ moment. The campaign combined social media to promote the Christmas video, this allowed the public to share their big switch on with Tesco’s, along with Pepper Pig. The advert shows the audience that Tesco’s are there every step of the way through the whole Christmas period!

With the grand finale of the light display placing a party hat on the iconic Tesco’s signs!

It’s a heart warming attempt to involve everyone in the community to return to their beloved Supermarket. 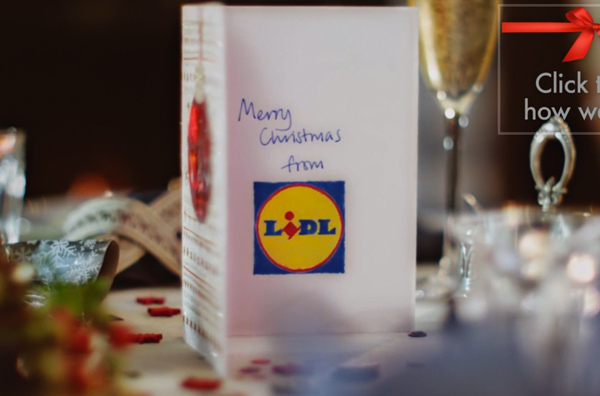 Lidl have taken a different approach to most this Christmas advert season and have employed TBWA London to do exactly that. A very customer based brand anonymously invited a handful of the beloved general public, to a beautifully wrapped house in Hertfordshire to cook them an exceptional Christmas dinner.

The advert films all stages of the festive dinner with the grand dining room decked in Christmas decorations, and staff waiting on the customers providing them with a variety of starters, mains and wines. The video shows the excitement people are overcome with when they are presented with their Christmas dinner favourites, like pigs in blankets and the magnificent turkey. The customers are completely unaware of who has put on this incredible spread, some making an educated guess thinking it was from M&S or Waitrose.

The host was finally revealed through a festive Christmas card wishing them a ‘Merry Christmas from Lidl’.

Previous Post: Levi’s and the changing relationship between music and advertising