Meet “Esperanza”, the first WordPress release of 2021. This time, the WordPress team has focused on bug fixes and issues in administration, menus, widgets, and other components.

Now, you can easily drag and drop individual blocks and block patterns from the block inserter right into your post.

No more going to another screen to make that font adjustments, now, these controls are right where you need them in the List and Code blocks.

There have been several enhancements made to make reusable blocks more stable and easier to use. Also they can now be saved automatically when you update the post/page.

have you ever wanted to make a block, like the Cover block, fill the whole window? Now you can. 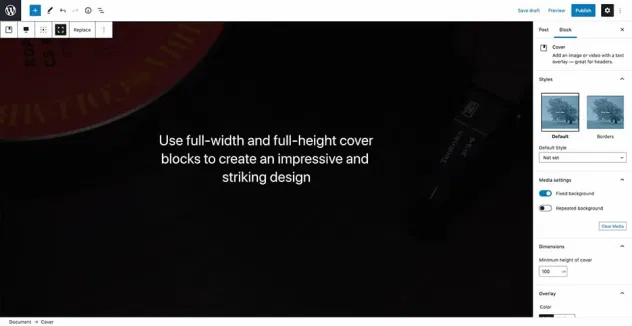 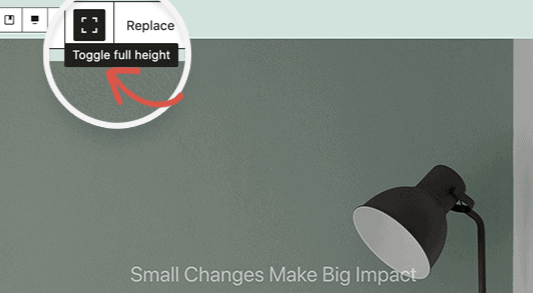 Now you can choose a vertical or a horizontal layout and you can set the width of a button to a preset percentage.

This page has had a major redesign completely restructuring the content into clear sections: Name, Personal Options, Contact Info, About the user, Account Management, and Social Links for Users.

WordPress 5.7 new release will collapse all the colours that used to be in the WordPress source code down to seven core colours and a range of 56 shades that meet the WCAG 2.0 AA recommended contrast ratio against white or black.

The colours are perceptually uniform from light to dark in each range, which means they start at white and get darker by the same amount with each step.

Half the range has a 4.5 or higher contrast ratio against black, and the other half maintains the same contrast against white.

Ongoing cleanup after update to jQuery 3.5.1

WordPress 5.7 core is finally making the now massive jump from jQuery 1.12.4 to jQuery 3.5.1 for a lot of awesome upgrades such as modern features, better DX, and security improvements. In 5.7, jQuery gets more focused and less intrusive, with fewer messages in the console.

Previously, the Enable jQuery Migrate Helper plugin could be used for reverting jQuery Migrate to an earlier version for plugins and themes using it. When WordPress 5.7 is released the plugin should still work but no new jQuery fixes will be pushed into the plugin. Active plugins on sites should have been updated to work with WordPress 5.7 and the jQuery Migrate changes but some might still not be updated.

Starting now,  you can now easily migrate a site from HTTP to HTTPS in a one-click move. As such, WordPress will automatically update database URLs if the site address is on HTTPS. 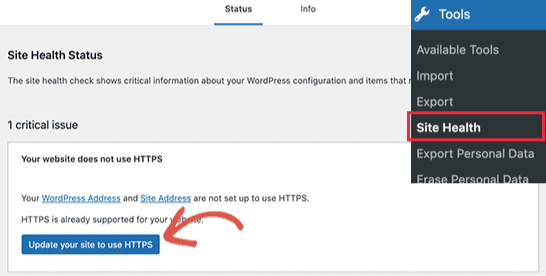 Just like lazy load images, you can now lazy load iframes. By default, WordPress will add a loading="lazy" attribute to iframe tags when both width and height are specified. This way you can reduce the page load time and memory usage.

The new Robots API lets you include the filter directives in the robots meta tag, and the API includes the max-image-preview: large directive by default. That means search engines can show bigger image previews, which can boost your traffic (unless the site is marked not-public).