Who knows why! Perhaps it is because in Spanish El CuCo means the bogey man, maybe it is the giving of sweets whilst dressed up and being allowed to scare complete randoms, or the pumpkin carving competition we take part in! Whatever the reason, we simply love it. However, this year Halloween started early when Merlin Entertainments approached us to create their ‘The Home of Halloween’ identity for the worldwide attraction, The Dungeons.

We all assembled in the studio and got our thinking/creative caps on. Was it to be a Victorian theme, the scary clown trend that is taking the animation world by storm or was it to be pumpkin themed with bats surrounding it. We brainstormed, wrote list after list relating to Halloween. We then began scamping ideas, before finally delivering the end creation. 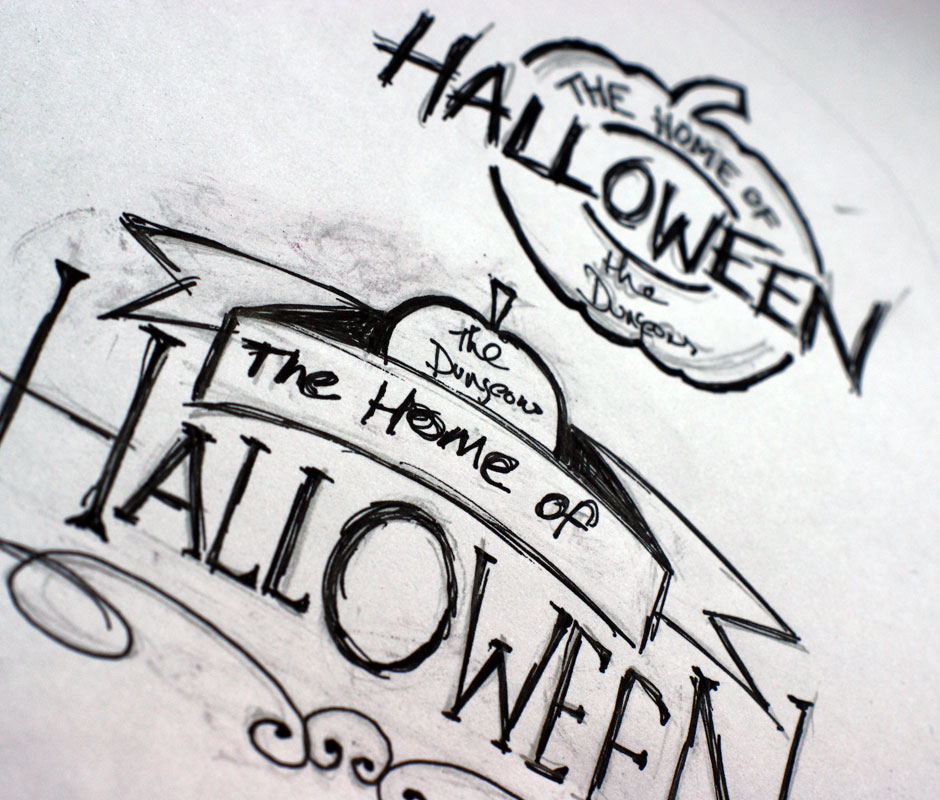 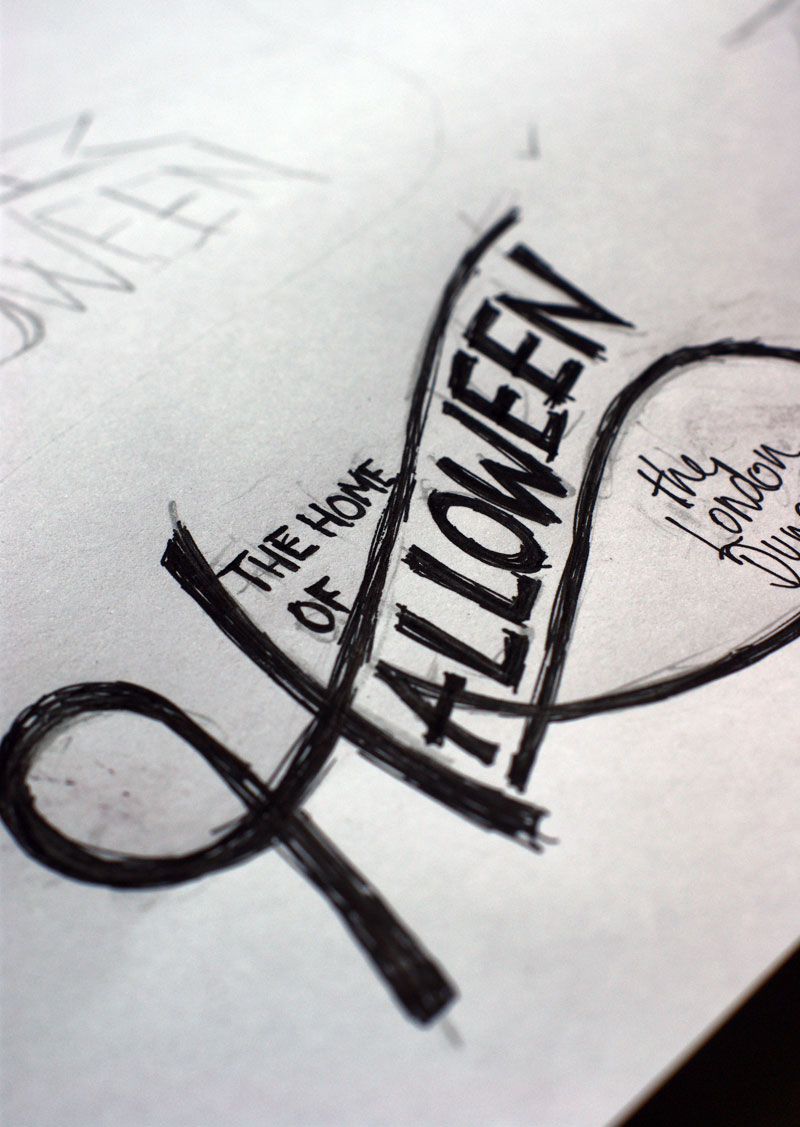 We decided to use paint writing as the main font, to maintain brand recognition. The finishing touch to the logo once completed was to create eight versions, so that each site, from Berlin to London, had its own name included for marketing purposes.

The paint writing gives a rustic feel, yet with a professional touch. Similar to what it might have been used for back in Victorian England when people wrote on your door. When the streets were smoke filled, dark and gloomy and the smoke was so condensed, you didn’t notice the writing until you were stood right in front of it. The doom or gloom was presented with a hand written X or messages specially done to fill you heart and chest with fright and anticipation.

Each logo has the site location written in the corporate Dungeons red colour to keep a streamlined creative edge to the design that was easily adopted regardless of town/city or language. We also thought it replicated blood as after all, according to many scholars Halloween is a remembrance day of the dead* 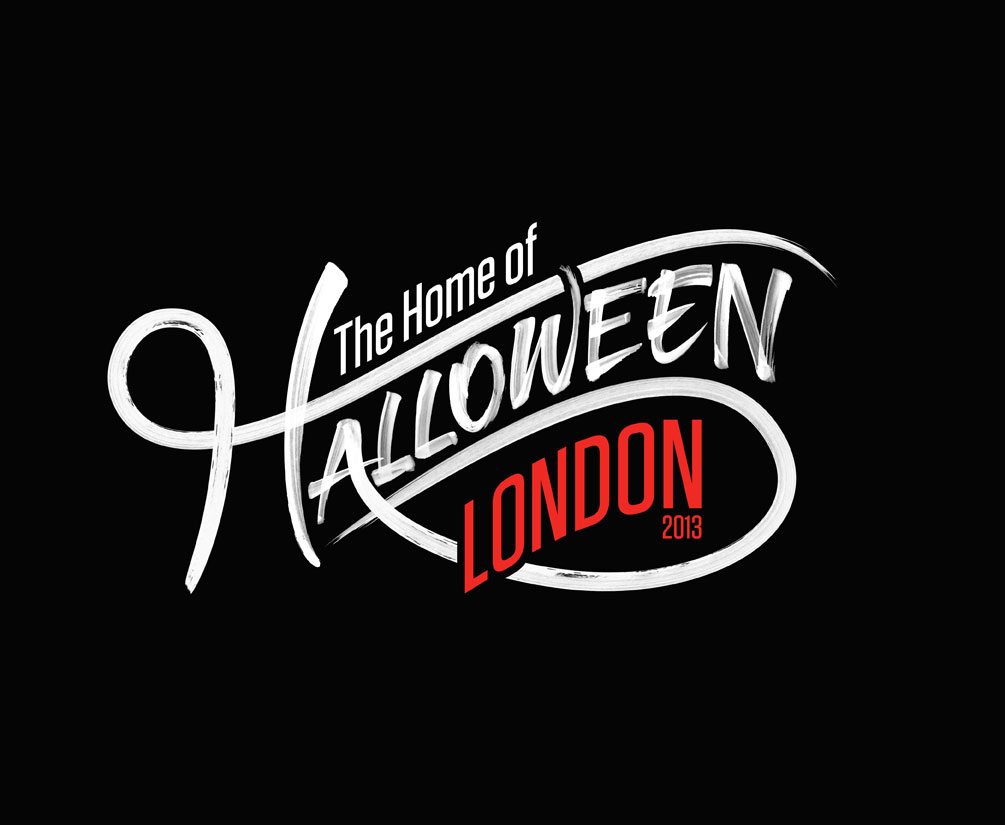 Once ‘The Home of Halloween’ identity was complete we were then tasked with creating supporting visuals for each site. The design team decided to use various pumpkins (all shapes and sizes) and insert them into the magnificent photographs used for The Dungeons marketing materials. Each site has its own key visual covered in pumpkins for use on websites, enewsletters, web banners and advertising.

We hope you enjoy our latest work and a very early Happy Halloween to you! 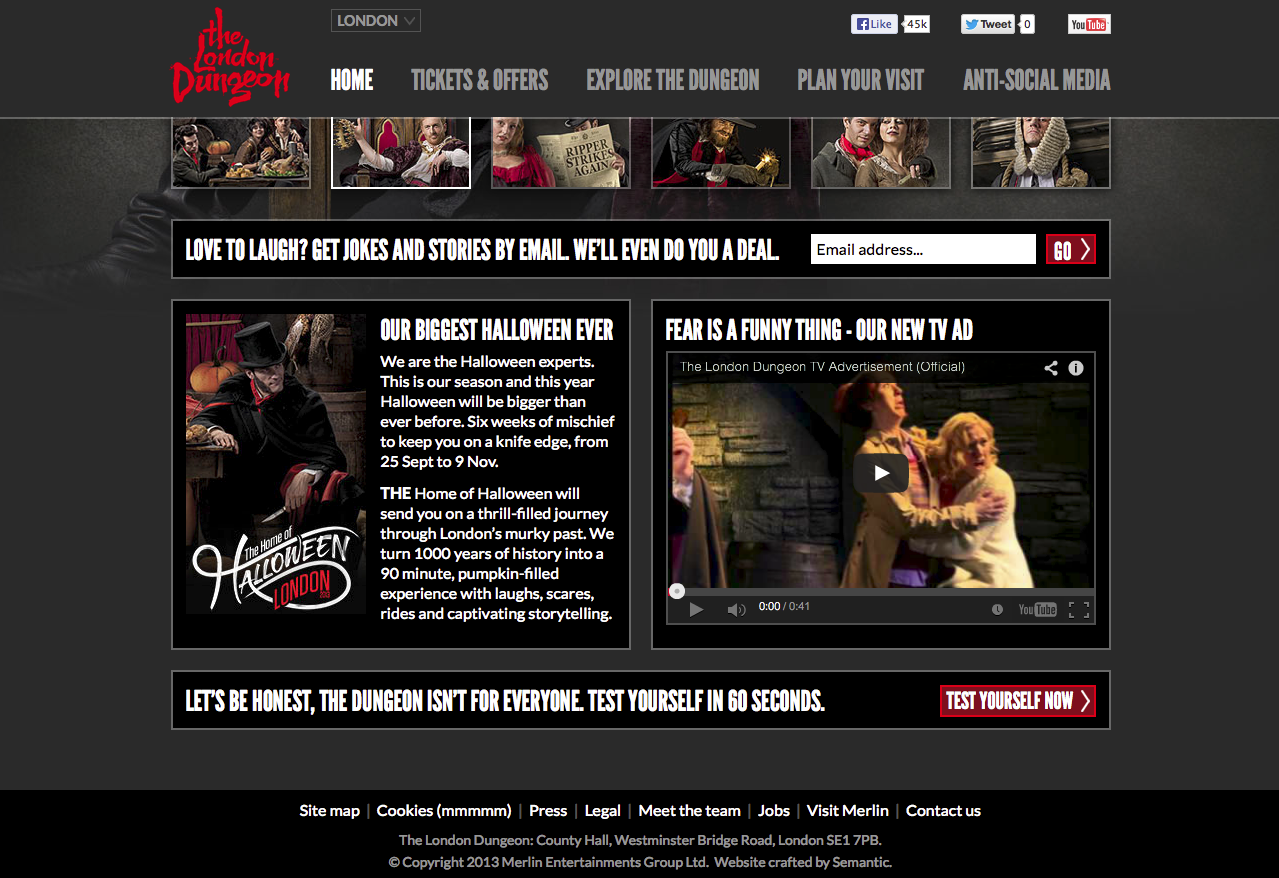 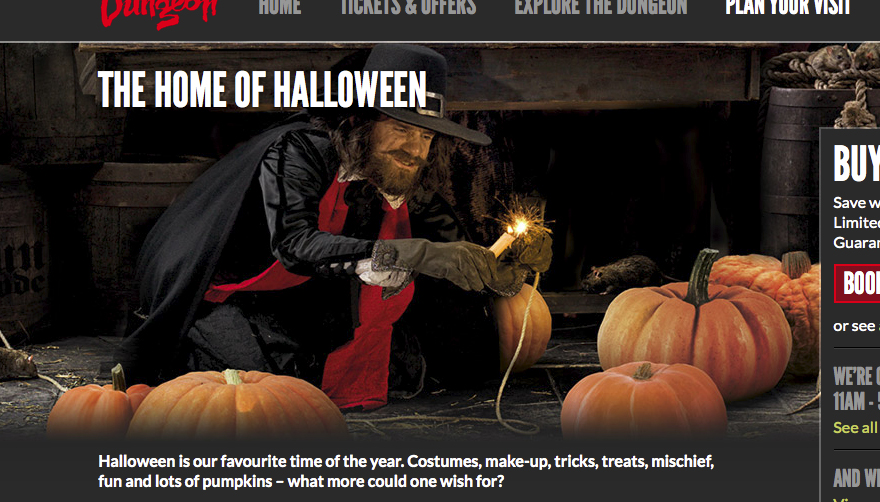 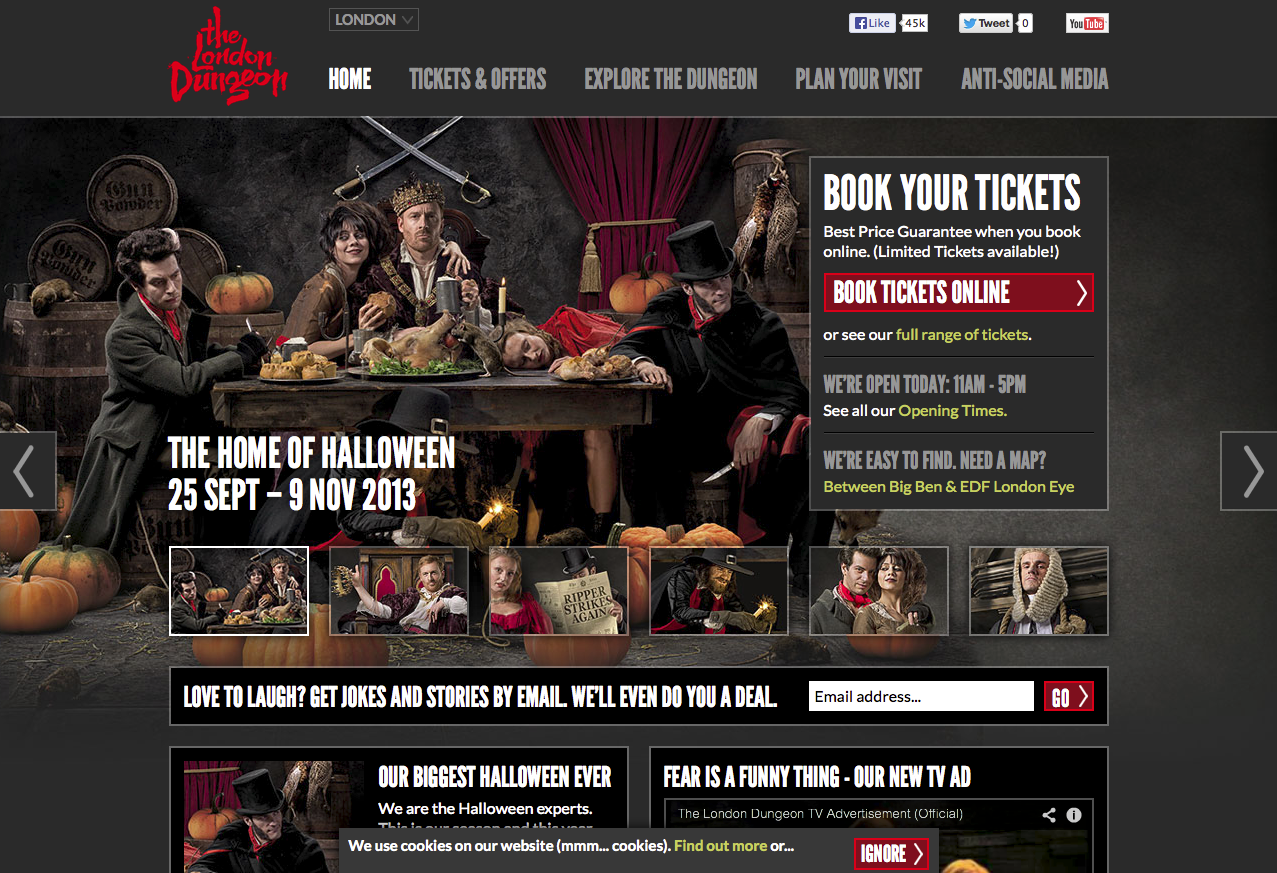