CuCo are delighted to be working with Buckholme Towers School, an independent preparatory school and nursery situated in Lower Parkstone, Poole.

The classes at Buckholme Towers are small, providing the perfect environment for individual learning. The school offers it’s pupils a uniquely caring, stimulating and challenge atmosphere within which to grow and flourish. Traditional values such as courtesy and respect are at the heart of everything the school does and a large percentage of pupils achieve places at local Grammar Schools. 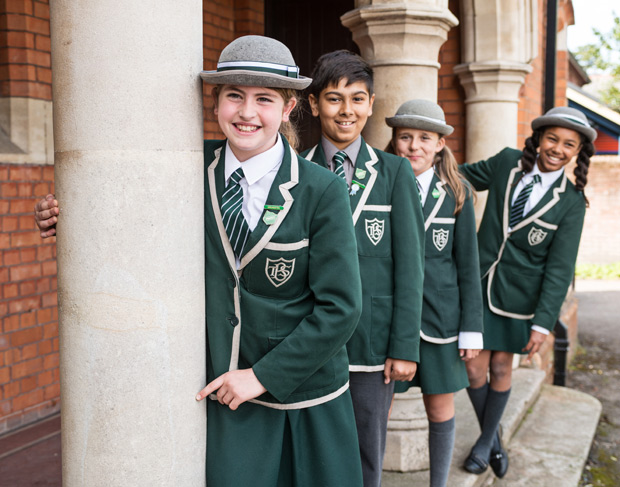 Working alongside Buckholme Towers Headteacher, Iain Robertson, CuCo have developed the new look and feel of their 2015 school prospectus. With several of the team former pupils of the school ourselves, there was an incredible buzz surrounding the project.

‘I attended Buckholme Towers for nine years and still distinctly remember the moment I told my teacher that the school was my second home. To be a part of the school again ten years on from that moment is a dream for me. Buckholme Towers truly is something very special – the school cultivated my love of learning and instilled in me an eagerness to succeed. I can’t put into words how thrilled I am that my agency has been chosen to work on such an important project with Buckholme Towers and hope to inspire as many parents as possible to send their children to the school, so that they too can have the experiences I was fortunate enough to have growing up.’

Not only did CuCo develop the creative look for the prospectus, we were also entrusted to deliver copy that would tell the story of this exceptional school, and were on hand to offer guidance on print finishes.

Because Buckholme Towers had recently commissioned photography to showcase the significant energy and vibrancy of the school, it felt right to create a design that was centred around these photographs to a large extent. We knew that it was important to reflect the school’s balance between the traditional and the progressive, and therefore chose to base the design around the shape of the Buckholme Towers iconic shield badge. The curves of the shield were utilised to create a modern yet traditional, appropriately prep-school style for the prospectus. 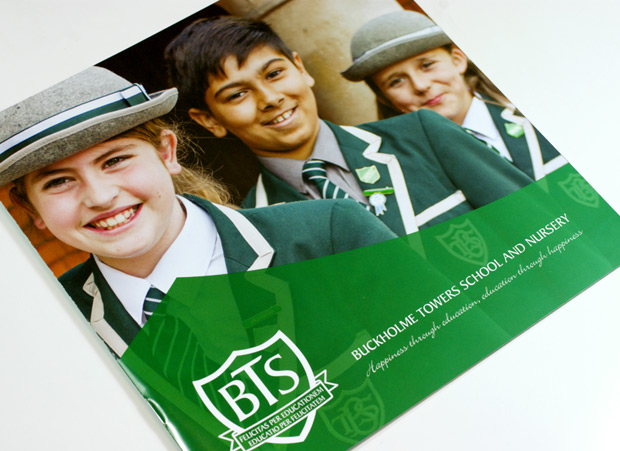 The copy tells parents what they can expect from the school, covering the enormous range of unique features which the school offers, such as the small class sizes, tailored learning, a challenging academic programme and a wide range of development opportunities outside of the classroom. The prospectus is printed with a spot UV varnish on the imagery throughout to really highlight them and to create a contrast between the text and visual areas. 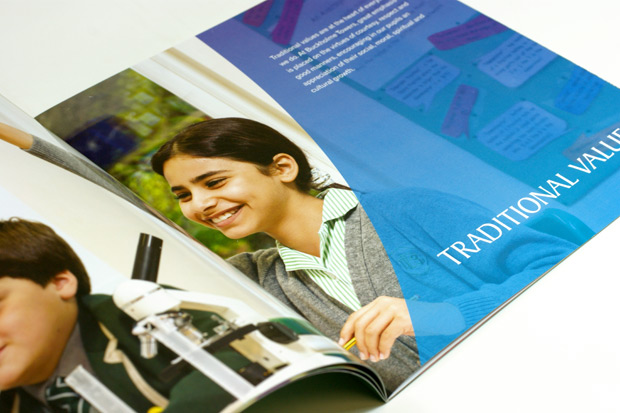 Buckholme Towers have so far received incredibly positive feedback from parents old and new and the school now has a prospectus that reflects it’s school motto ‘Felicitas per educationem, educatio per felicitatem,’ which translates as ‘Happiness through education, education through happiness.’

If you’re looking to refresh your school’s prospectus, we’d love to hear from you. Call us on 01202 911959 or email us on hello@cucocreative.co.uk.

Previous Post: Not sure your marketing budget can stretch to include interactive print advertising? Think again.