As the plant-based alternative milk market continues to skyrocket in popularity, a small group of brands are fighting it out at the top to become the market-leading plant-based milk brand. Almond milk, coconut milk, oat milk, soy milk… The opportunities available in the alt-milk market are endless. Whether they’re employing the techniques of quirky packaging, hard-hitting advertising campaigns or compelling messages about the future of the planet, we’ve focused in on 5 top plant-milk brands, in an attempt to survey the market landscape and decide which one is winning the race to the top spot. Here’s what they’ve been up to… 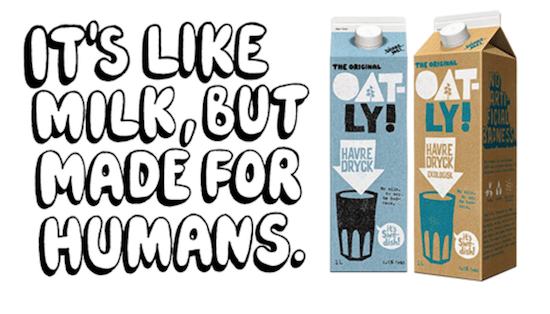 Just a few months ago, Oatly launched a major campaign across the UK to encourage people to ditch dairy and opt for vegan milk instead. The clue is in the name – Oatly does oats and oats only. No almond. No coconut. Just oats. Their target group are passionate plant-based consumers who take care of their nutrition and appreciate vegan and vegetarian food trends. The company’s 2018 UK campaign cost the company an eye-watering £700k and ran cross-media across major transports hubs including Kings Cross and Oxford Circus with the campaign message ‘It’s like milk, but made for humans.’ 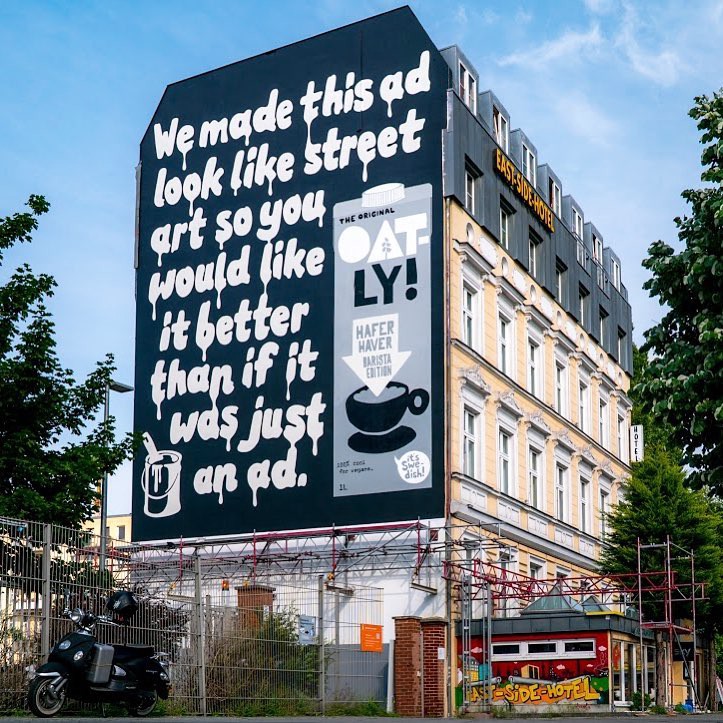 The brand are undeniably brave running with such a controversial message, especially considering that when Oatly launched the same campaign in Sweden in 2015, it was sued by the dairy industry for implying that cow milk was unhealthy. Oatly are undeniably brave in their approach, and unafraid of controversy around their brand. 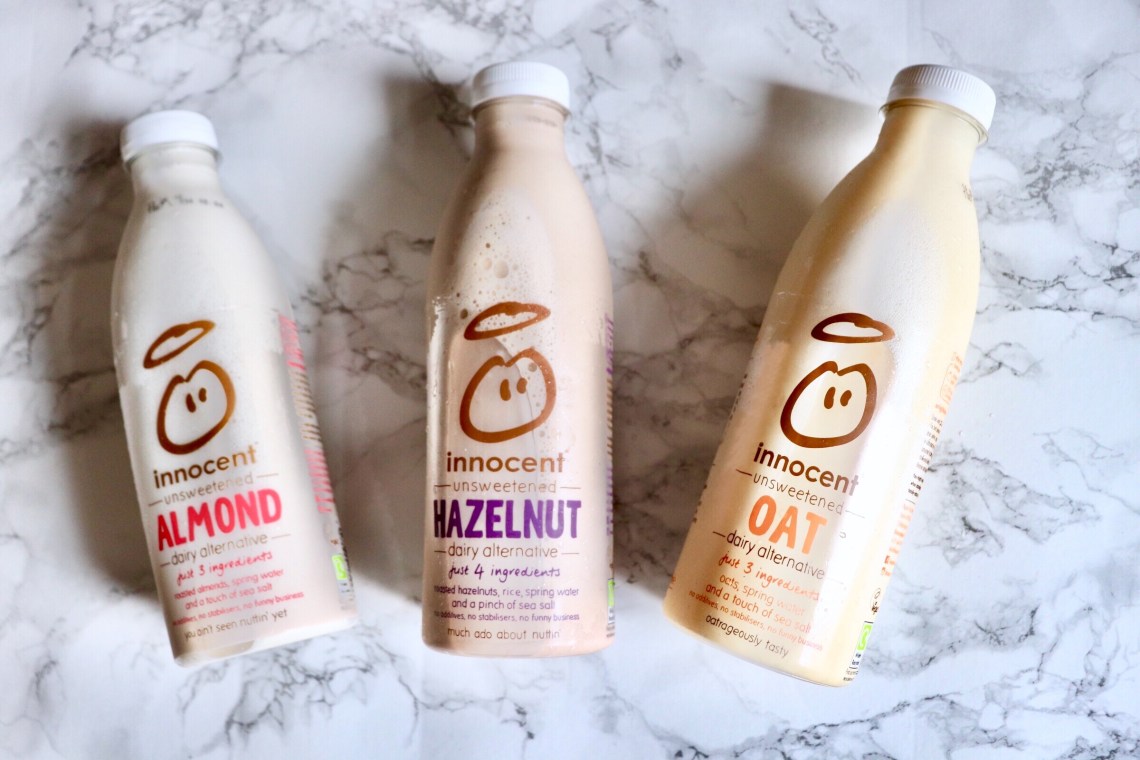 The UK’s leading fruit smoothie and juice brand (surpassing Tropicana in 2017!) Innocent announced the official release of their plant-based milks in March 2018. Initially available in Waitrose and from Ocado only, the brand has now rolled the products out across Tescos, Sainsbury’s, Asda and Morrisons.Despite being made from a plastic material, the milk bottles themselves are fully recyclable! Will Innocent’s nut milks live up to the success of their smoothies? Only time will tell. 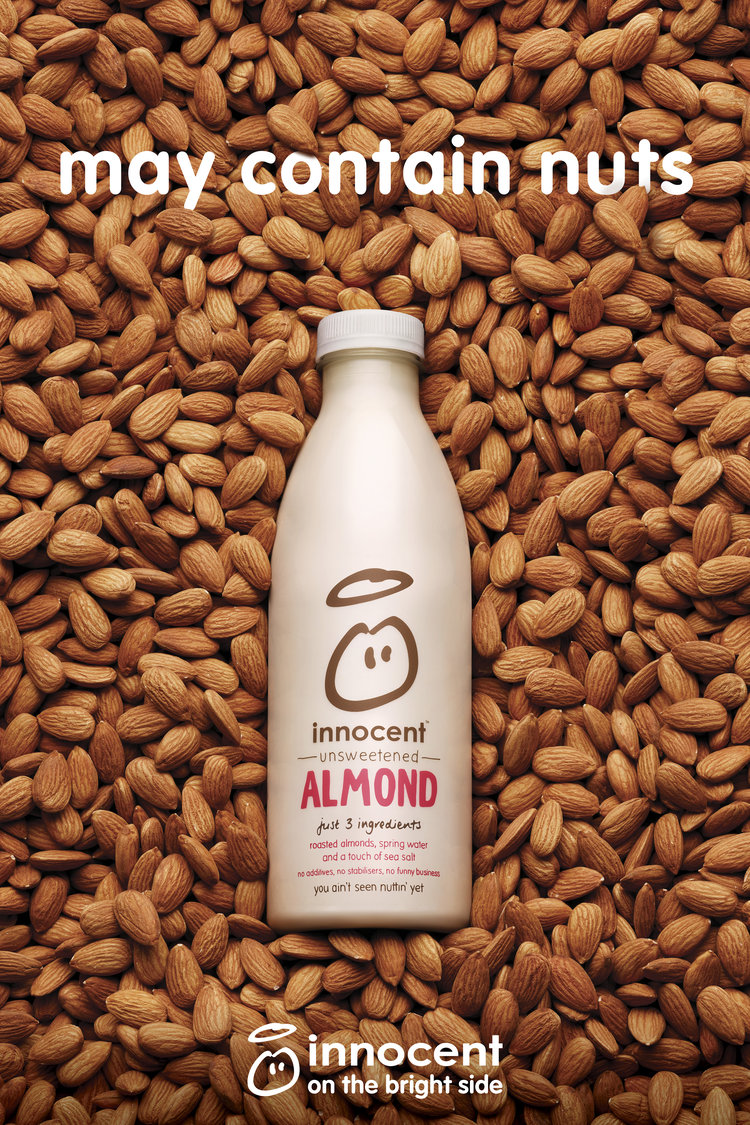 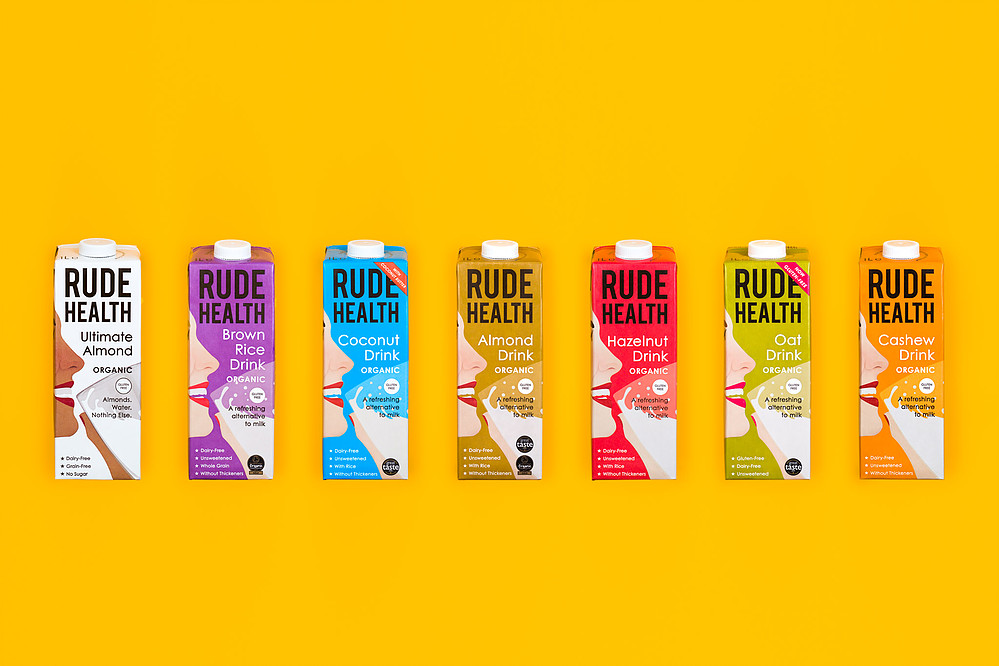 Plant milk producer Rude Health have taken a very different and surprising approach to generating sales of their plant-based milks. Camilla Barnard, Co-Founder and Brand Director of Rude Health famously called veganism a ‘fad.’ which was then quickly followed by an Instagram post promoting dairy – leading some vegans to speculate that Rude Health is owned by a dairy firm (an accusation which was quickly denied by the company). 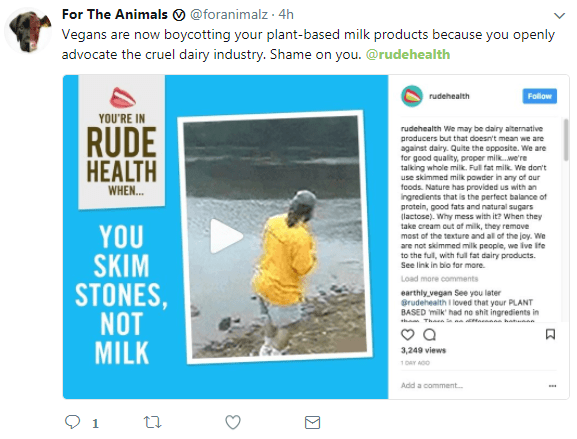 She went on to say ‘To follow these diets is also to claim the health and moral high-ground, you are clean and you care, presumably meaning those of us still eating ham and cheese toasties are filthy dirty and don’t care.’ A plant-based milk brand advocating dairy? A bold move.

Probably the most well-known plant milk brand Alpro has been on the plant-based milk scene since way back in 2012 when they ran with the slogan ‘feed your curiosity – enjoy planet power’ and coupled this with a strong educational PR campaign. 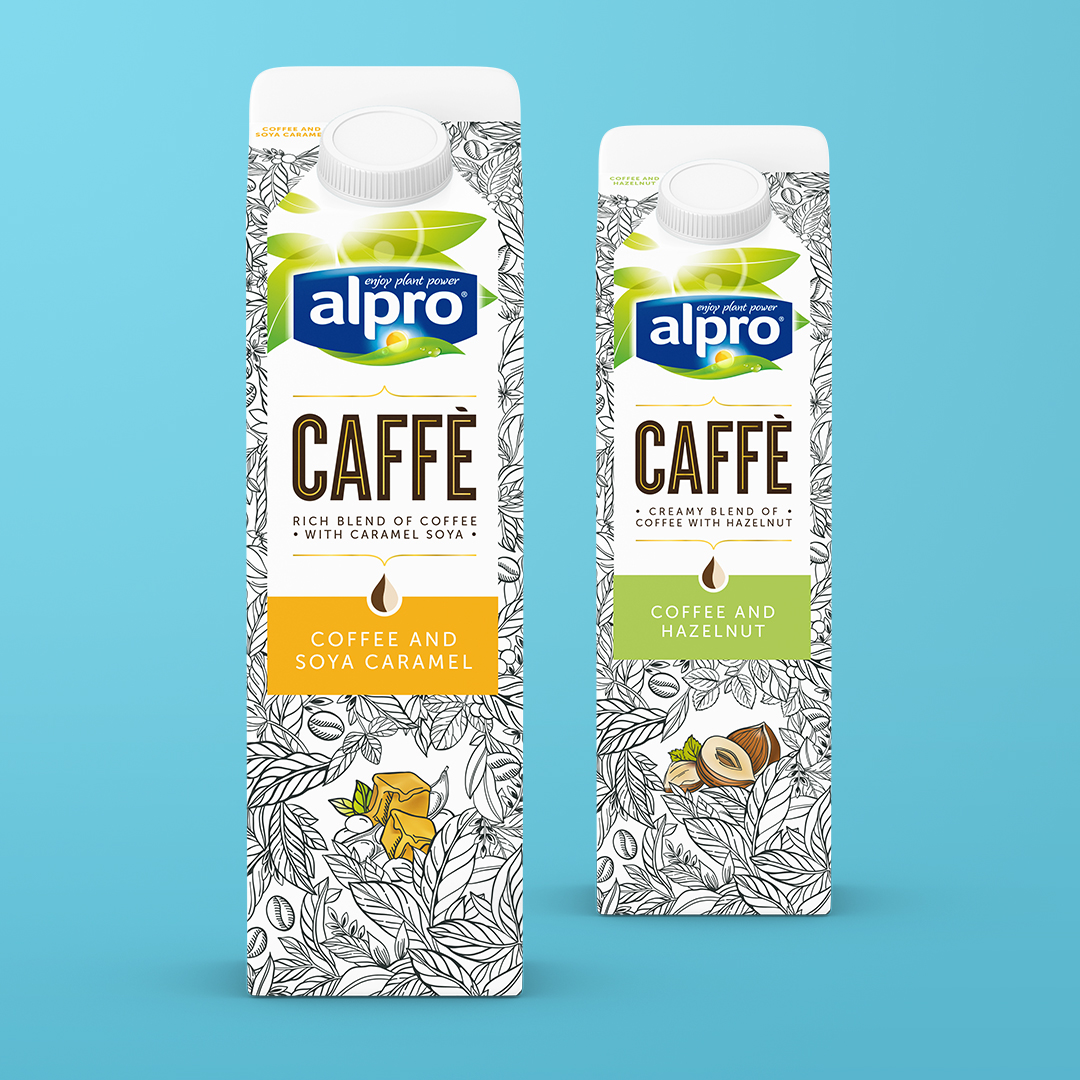 Chris Collins, Senior Marketer for Alpro said: ‘The campaign was designed to broaden the appeal of Alpro to a younger, predominantly female audience for whom eating less meat and dairy products is a growing trend. We’re not talking about being vegetarian or vegan, but about making smart food choices that are ‘good for you and good for the planet.’ In January 2018 they also launched a range of dairy-free ready-to-drink chilled coffee products called Alpro Caffe that the company hope will provide customers with the opportunity to enjoy chilled, plant-based coffee. 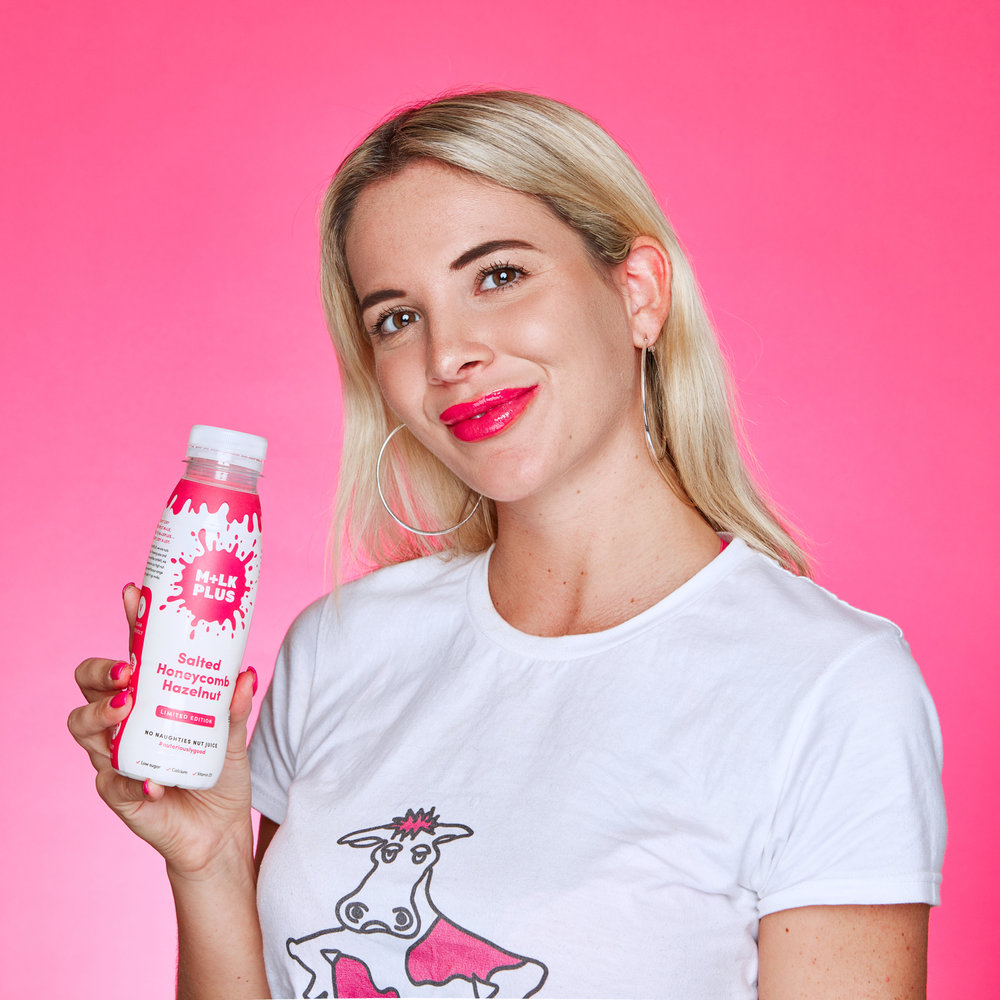 With so many established players making brand extension plays into alt-milk market, do any challenger brands stand a chance of getting a slice of the action? Well, the 2018 finalist of the BBC’s Apprentice, Camilla Ainsworth is hoping to do just that! Although the 22-year-old just missed out on securing a whopping £250,000 investment from Lord Alan Sugar for her M+LKPLUS brand, she still plans to launch her vegan Nut Milk in Holland & Barrett in January 2019. The Salted Honeycomb Hazelnut flavour of her M+LKPLUS will hit shelves in the health food store first – retailing at £1.99 for 330 ml. 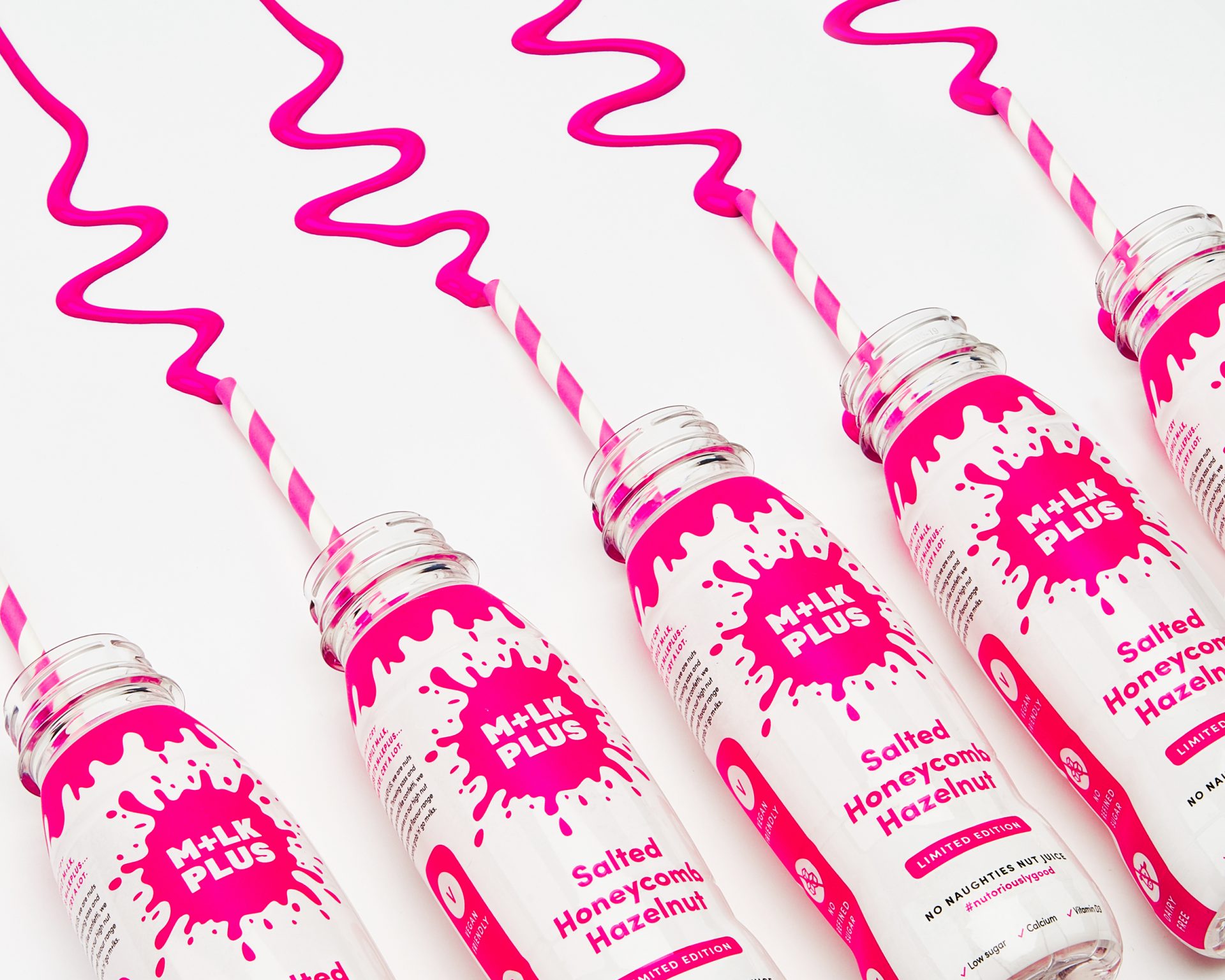 With her challenger proposition demonising the low percentage nut content and sugar and additives added by her supermarket competitors, Camilla was in luck when she had the opportunity to meet Holland & Barrett’s MD Steve Carson during her time on The Apprentice.

Back in the world of the big brands, The Quaker Oats Company have also recently announced plans to release their own oat milk, which will be available in January 2019. The company will use its wide distribution to compete in this quickly growing market.

Which plant-based milk brand do you think will win in 2019? Comment below.

In the meantime, if you’re looking for an agency with the branding, packaging and advertising expertise to get your brand the attention it deserves, email us at hello@cucocreative or call us on 01202 911959.

Previous Post: CuCo’s 10 Secrets For Coming Up With Creative Ideas

Next Post: Marketing and Design Trends to watch out for this Year