Did you know, a new charity project in Barcelona now means you can now buy fonts created by homeless people?

HomelessFonts is an initiative by Arrels Foundation alongside advertising agency The Cyranos McCann. This one of a kind project (homelessfonts.org), has seen the creation of a truly unique collection of typefaces, based on the handwriting of rough sleepers from Barcelona.

With all profits committed to the assistance of the homeless community in Barcelona, the unique website is the first of its kind, making these fonts available for purchase and download by both businesses or individuals. 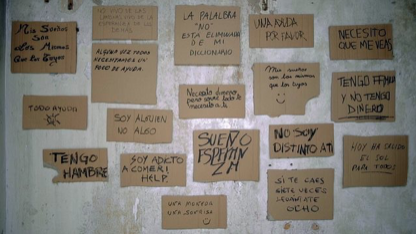 The project aims to raise awareness of the issue of homelessness as well as giving a sense of worth and significance to its participants, many of whom have given up hope in life. Their soggy cardboard signs ‘can’t convey anything nice’ says Guillermo, a participant in the font project. As expressed in the program’s video made by the Oxygen Production, ‘Every human being’s writing is unique, yet the homeless write signs that no-one wants to see’.

A selection of the contributors described their handwriting as ‘energetic, open, caring’ and ‘almost illegible’. Essentially their handwriting, the same tool they used to beg on the streets, could now be the thing that will help them to leave the streets in their past. The project hopes that by using the participants’ typeface, a positive message will be able to transform the present negative stereotype of homeless people around the world.

The project’s objective is to have ‘nobody sleeping on the streets’.

To create the unique typefaces, the homeless were asked to engage in a workshop consisting of several writing exercises and their calligraphy was then scanned and transformed into functional fonts. The aim is for businesses and individuals to use the new fonts for stationary, advertising, social networking and branding. 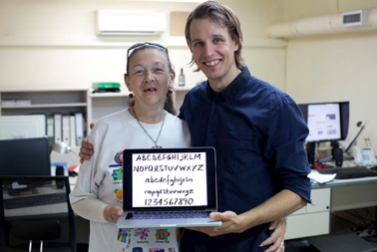 Loraine, whose circumstances left her homeless after her passport was stolen whilst holidaying in Barcelona says, ‘I have very nice handwriting, so if you can use it in any of your advertising I’d be very grateful, because I’m sure the money will come back to be used in Arrels.’ In fact, all the money raised from the fonts will go into the foundation in hopes to help provide freedom and install hope to more and more of Barcelona’s homeless people everyday.

Loraine has already had her font used on a magazine cover and product packaging. Having the Homeless Fonts produced on such items will help to spread the word about the organisation and gain more awareness towards the foundation.

We think this is an incredibly clever and creative way to raise awareness of an important issue and challenge the popular view of the homeless.

What do you think? 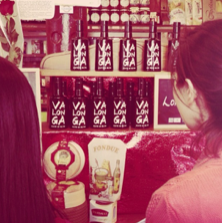 Next Post: Has your site got an SSL certificate?